THE CONTEST IS OVER… the dust has settled

We received 138 screenshots from more than 65 contestants; which is well beyond what I expected. There were so many incredible shots, but sadly, only three can win. Check out the winners below along with some comments from the judges. You can also see ALL the entries further down the page. I’ll be running another Star Citizen screenshot soon… so check my site or follow me on Twitter for updates!

Black and white, long shadow, empty room. Just a perfect compliment to the “alone” theme. I loved the top down angle, and the diagonal framing as well.Rellim
When first given the theme for this contest; “Alone”, a mental image akin to this shot popped up. The fact that it then also appeared as an actual entry was a true delight. A perfect execution of thematic storytelling captured in a single frame.Utho
For me, this was the most unique of all the entries. The stark contrast and long, ominous shadow screamed “alone” (the theme). My only critique is that I wish the pose/emote and facial expression played into the theme a little more.Hasgaha

“Peace and quiet”  by bloknayrb

Many shots were submitted with characters sitting down alone, but of all those, this one stood out for me. Simple idea, yet perfectly executed. Peaceful, calm, watching the sunset alone. The distant hills fading. The photo is very warm, yet the character is alone. Rellim
What’s special about this shot is that it’s not blatantly ‘just’ about the character. Reading in between the lines; the rolling hills, the ample space given to the sky, and amidst it all a contemplating character shoved to the side of the screen makes this composition so much more than the sum of it’s parts.Utho
Star Citizen has an over adundance of sunset shots… but this one was perfectly executed with the theme in mind. The contrast, color, and scale all play into being peacefully alone.Hasgaha

“I’ve never felt more alone than I do right now.”  by Weehamster

What was unique about this one is that we see the character from the rear, which I think empowers the “alone” effect even more. The added light rays through the dust and the cold color temperature of the environment make this a great photo. I only thought the railing on the left was a bit distracting to the whole of the shot.Rellim
Bathed in the streaks of light, peering in from a wider universe through the blades of an old, rusty fan. Once part of civilization and now a withering trap for the character that’s amidst it all. Even though this is a still shot, I can see it move, and that’s what grabbed me about it.Utho
I see so much solitude in the subject’s hung head here. Combine that with the lighting and atmosphere of GrimHEX and a great composition = a well executed shot.Hasgaha

CONGRATULATIONS to the winners!! I’ll be contacting them shortly. And thanks to all who participated as well as my fellow judges on this contest; Utho and Rellim.

Title: Lone Survivor
Author: 3-clipse
Rating: Not rated yet!
Views: ?
Description: While on a relief mission to [REDACTED], the "[REDACTED]", a Javelin-class destroyer, was ambushed by a squadron composed of Void-class Vanduul heavy bombers. The [REDACTED] was configured as a transport vessel, the captain relying on the reputation of the javelin to keep them safe. The Vanduul didn't seem to care. They skinned them alive, first by going for the turrets and torpedo launchers, then the engines. They were enjoying this, so much that they sent their Cleaver dropships to massacre all the crew inside. It was the most gruesome bloodbath I've ever seen. People rushed for the escape pods while me and my men held the Vanduul back. I turned around and saw the despair on the faces of my men, being left to choose between being mowed down by the Vanduul or having the slight chance of escaping. None of them left me. Every single one of those escape pods were shot down in an instant. I wish they took those pods. The Vanduul tore through my men, all you could hear was the sound of bones crumpling and the disgusting smell of burning flesh. I was the last one left. I ran and found a knocked down shipment of Size 12 torpedo casings. I cranked one up, got inside, and shut it. God if you could hear the screams, the distinct sound of feet splashing on pools and pools of blood and flesh. Knowing that they were hunting every last survivor in the ship. I waited a day of silence, and it seemed the Vanduul had left. But why haven't they destroyed the ship itself? In my rush of confusion, I ran to the bridge, passing burned corpses of people I used to dine with, used to train with. Kids with dreams, never to be fulfilled. Command bridge was clear of bodies, probably all rushed to the pods once they knew all was lost. Nothing was working. I spent days, weeks, months? Searching for any other that may have survived. I salvaged what I could, and fixed what I knew to fix. The Vaanduul took a large sum of our shipments that we had. I could maybe survive a month or two with what I could find. Instead of the Redeemer dropship that was normally outfitted to a Javelin, we carried a squadron of Merlins. All gone. I've never felt so alone before, so empty, devoid of emotion. Lost track of time. We've been getting closer to a gravity well, can't tell what it is. There's a gas giant with a few moons. We seem to be heading straight into one. .... .... We crashed into a desert moon. How'd I survive? Lots and lots and lots of foam, and maybe just a little bit of luck. All I know is that it felt like we didn't hit the moon straight on but slid into its atmosphere and in the ground. I felt my bones crack and break, but nothing that I couldn't mend........This heat is unbearable. Found a couple of broken and crushed, salvaged some parts and went looking round for more. I managed to get one to work.. On my search, I found an intact mobiglass. I'm going to see if I can find anything out here, or at best, create a signal to attract someone's attention. If there's anyone out there............Good news, made contact with an aid shelter pretty far from here, have to scrape all the fuel and food in this graveyard before I'll be set to leave. .... .... It haunts me every night. all those people, children, that could've lived instead of me but couldn't. I've tried vanquishing a Vanduul for every life lost here. But no amount of vengeance could bring them back. I went back to the wreck, and stood there with disgust and even more hatred. Salvagers picked it clean. My bones are weak now, heart as heavy as the gas giant, Crusader as I came to learn, hovering above, bearing witness to the deaths of the those I loved and shared my life with. May you all rest in peace. ... 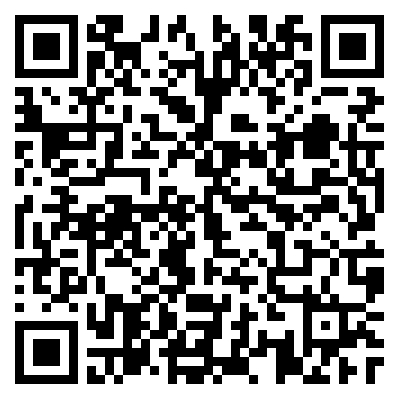 The creativity of the Star Citizen community never ceases to amaze me. And close to my heart, for obvious reasons, are the in-game screenshotters. I’ve been wanting to host a screenshot contest of my own for a while now with the intention of encouraging screenshotters and giving back to the community that has been so supportive to me over the years.

One Origin 100i with LTI

Producer, host & manager at The Base Radio, audio geek and sound engineer by occupation. In Star Citizen I go out of my way to make unique images, such as time-lapses, long-exposure images and interactive virtual tours. I also contribute my content to the starcitizen.tools wiki.

You can find Rellim at:

Hi! I’m Utho! A hobbyist composer that creates free music for our community to make content with, and long-time supporter of Star Citizen. I’m a lover of all things space! So I’m pumped to be able to participate as a judge this round and look at all the pretty pics you send, so get crackin’!

You can find Utho at: